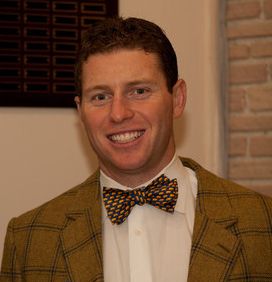 Ross Biestman was born in UC Berkeley’s Dwinelle Hall – literally. His mother Karen, a Cal professor, was teaching a class in 1985 while 9 months pregnant, went into labor mid-lecture and Ross was born that afternoon in Berkeley. Ross was born a Golden Bear.

Ross graduated from UC Berkeley in 2007 with a B.A. in Political Science and was an active member of SAE Cal Beta for 4 years, pledging in the fall of 2003. Ross’ familiarity with Cal Beta was strong in that his father (Mark) was E.A. of Cal Beta in the ’70s and Ross grew up going to every home Cal football game, parking on the lawn of 2722 Bancroft where he got to know the house through his father and other SAEs from that era. When Ross pledged in 2003, he was faced with an interesting challenge in that the chapter had been off campus and condemned for health reasons/disrepair for the previous two years by the City of Berkeley. Through the herculean efforts of the Housing Corporation and alumni, the house was beautifully remodeled in time for fall rush. While the house was in a perfect state physically, the inability to recruit pledges for two years left the membership numbers incredibly low (~8 actives) and forced the house to adopt non-SAE boarders, including women to occupy much of the house in an effort to pay off the bank loan for the remodel. Along with inspiration from his father Mark about the legacy of SAE Cal Beta and the help of some courageous freshmen including Scott Kelly, Nate Aylard, Jeff Patmont, Chris Workman, Dorian Pieracci, David Briggs and Christian Ueland to name a few, Ross was able to recruit campus leaders, varsity athletes, top students, and members of various campus groups to grow the brotherhood with True Gentlemen at Cal Beta. By 2005, the chapter was flourishing with 60 active members, all rooms in the house were completely filled by brothers, the house maintained a leading IFC GPA, dominance in varsity/intramural sports, and a reputation of being one of the best fraternities on the UC Berkeley campus.

As an active, Ross served as E.A., Rush Chairman and Pledge Educator. He attended the SAE Leadership School in 2004 and is a lifetime member of the Phi Alpha Club. Since pledging Cal Beta, Ross has never missed a Duck Dinner and even flew back from graduate school in England in 2008 to ensure he attended the “Fall Classic”. Outside of the fraternity, Ross was a member of the Cal Varsity Rugby team and along with several of his SAE brethren, won 4 consecutive collegiate national championships on the pitch for the Bears.

Following graduation from Cal, Ross went on to work in M&A followed by earning his Master’s in Management from Oxford University Said Business School in 2009. Since Oxford, Ross has worked in enterprise software sales for Adobe Systems and co-founded a panoramic video start-up called Stealth HD. In addition to his professional career, Ross also serves as an assistant coach to Cal Rugby and as Cal Beta Chapter Advisor along with long-time family friend, Greg “The Commander” Beltran. Ross recently married his college sweetheart Rebecca, who he met during a SAE/Chi Omega exchange in 2004 that was hosted at Cal Beta in “The Pit” – Phi Alpha & GO BEARS!