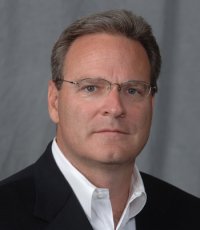 Pete attended UC Berkeley as a Merit Scholar, graduating in 1981 with highest honors in Rhetoric. While at Cal, Pete was a member of the Californians, but most of his free time was spent on SAE activities. He served Cal Beta in various capacities, including Eminent Archon. He believes, however, that his most important contributions were made as breakfast cook and Steward.

Following graduation, Pete spent a year on the staff of SAE National as an Education & Leadership Consultant, a field representative responsible for one quarter of SAE’s collegiate chapters. A year spent visiting colleges across the country gave Pete a deeper appreciation for SAE as a national fraternity, and for Cal Beta and the Bay Area (there really is no place like home).

With an A.B. in Rhetoric, a year as a professional frat rat, and no readily apparent marketable skills, Pete had little choice but to continue on the course he had charted as a freshman at Cal and entered law school in 1982.

Finally armed with marketable skills, Pete’s legal career began with S.F. based Graham & James, as an associate in the corporate and real estate groups. After a brief stint in Japan, Pete helped Graham & James establish its first office in Silicon Valley.

In 1991 Pete took a leave of absence from his law firm, bought a boat, and sailed to Mexico. He eventually ran out of money and had to cruise on back home.

In 1996, Pete formed Wilson Marshall & Taylor, a Silicon Valley based corporate “boutique” law firm, specializing in start ups and early stage technology companies. To date, Pete has represented clients in transactions with an aggregate value of over half a billion dollars (he stopped keeping track years ago).

Pete joined the SAE Cal Beta Housing Corporation Board in 2012.

Pete and his wife Rachel live in Danville, California, with two teenage kids and two Labrador Retrievers. For the past 15 years, they have been active supporters of the Juvenile Diabetes Research Foundation, a global non-profit organization dedicated to finding a cure for Type 1 diabetes. They have also recently become involved with Canine Companions for Independence, a non-profit organization that provides highly trained service dogs to people with disabilities.