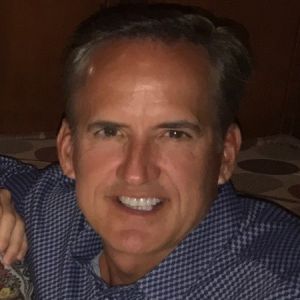 Art (Fran) short for Arthur Francis Wardwell 3rd was born in Castine, Maine on a small family farm in Northeastern Maine best known for being a strategic Peninsula during the revolutionary war that was held by 6 different counties and site of the greatest naval defeat in American naval history under the command of Paul Revere. As the son of a Navy Captain, Art’s family moved to Southern California when he was eight living in Pacific Beach and Belmont Shores/Long Beach. His father was transferred to San Francisco to run Hunter’s Point Naval Shipyard during the Reagan years and Art lived on Yerba Buena Island in the middle of the bay a few doors down from Admiral Nimitz’s house. Art attended Lowell High School in San Francisco where he focused his attention on academics at one of the best high schools west of the Mississippi.

After graduating from Lowell Art enrolled at Cal and joined the ski team and lived in the dorms. After a year of adjusting to Cal and getting a good look at the Fraternity scene, Art realized that SAE was the best located Fraternity, nationally known for party called South Seas, and had the best and most diverse group of both northern and southern California guys who were active in sports but interested academics. He joined a pledge class of 18 in Fall of 81. Art held positions as Rush Chairman, Social Chairman, Vice President and EA of the Fraternity. As Social Chairman Art was responsible for adding parties such as Paddy Murphy, 100 club and Airport Party where we drove a bus to the airport pulled names from a hat and sent two couples to Hawaii for a weekend. As president Art was responsible for pushing out the pledge Maurice Baron de Rothschild who went on to further infamy as a Duke pledge written and exposed by Rolling Stone magazine as a 35 year old con man.

Art graduated with a double major in Applied Mathematics and Economics in Summer of 85. With this combination of educational background Art decided to go into Real Estate Finance and Private Banking. Moving to San Diego where his parents and brother lived at the time, he worked for a few finance companies Four Season Financial, Topa, and Realty Capital Group as an owner before deciding to embark on a career in Private banking. In 1992, Art joined The Boston Company which was a private bank owned by Shearson Lehman and ultimately American Express. Art worked in the LA downtown office as a relationship manager and within 9 months was quickly promoted to Manager of the Newport office. He worked there for 8 years during which The Boston Company was purchased by Mellon Bank and Art was promoted to become the Regional Manager for Southern California and Arizona. In 2000 Art decided to join First Republic Bank, a small regional bank based out of San Francisco, as a Senior Managing Director and opened the Banks first operation in Newport Beach. Here he was offered the opportunity to act as an entrepreneur within the structure of a dynamically growing Private bank. Although First Republic’s market capitalization was just 300 Million, Art made a significant purchase of stock in what he felt was a truly unique client centric bank with the ability to help clients financially throughout their lives. Today, after 19 years of hard work growing the enterprise at a yearly clip of around 20%  First Republic is the 15th largest bank in the country by market capitalization with a market value of 18 Billion.

Art met his wife Lorna Sharp right out of College in San Diego where she had attended San Diego State. They dated for 7 years before marrying and having 3 boys. Sam the oldest is a Junior at Cal and an SAE as well as the current Alumni Relations Chair majoring in Economics. Spencer is middle son is a Freshman at USC majoring in business. Tristan the youngest child is a Junior at Corona Del Mar High School who hopes to attend Cal in the future but will go to USC if he has to.

Art has been actively involved in many nonprofit boards specializing in education of elementary or high school students. Serving in various capacities as president and board member for many different organizations such as CDM Foundation, CDM Boosters, and the DEANS Foundation. Art is also actively involved in Cal Southern California Advisory Board for Athletics and is a season ticket holder for the past 7 years.

Art learned to play volleyball in the sand court of the SAE house in the spring when the fraternity moved the cars and brought in the sand for the girls volleyball tournament and the South Seas party. He continues today to play beach volleyball regularly with friends. Art also enjoys skiing and snowboarding in Sun Valley Idaho in the winters and surfing and boating in Newport in the summers.